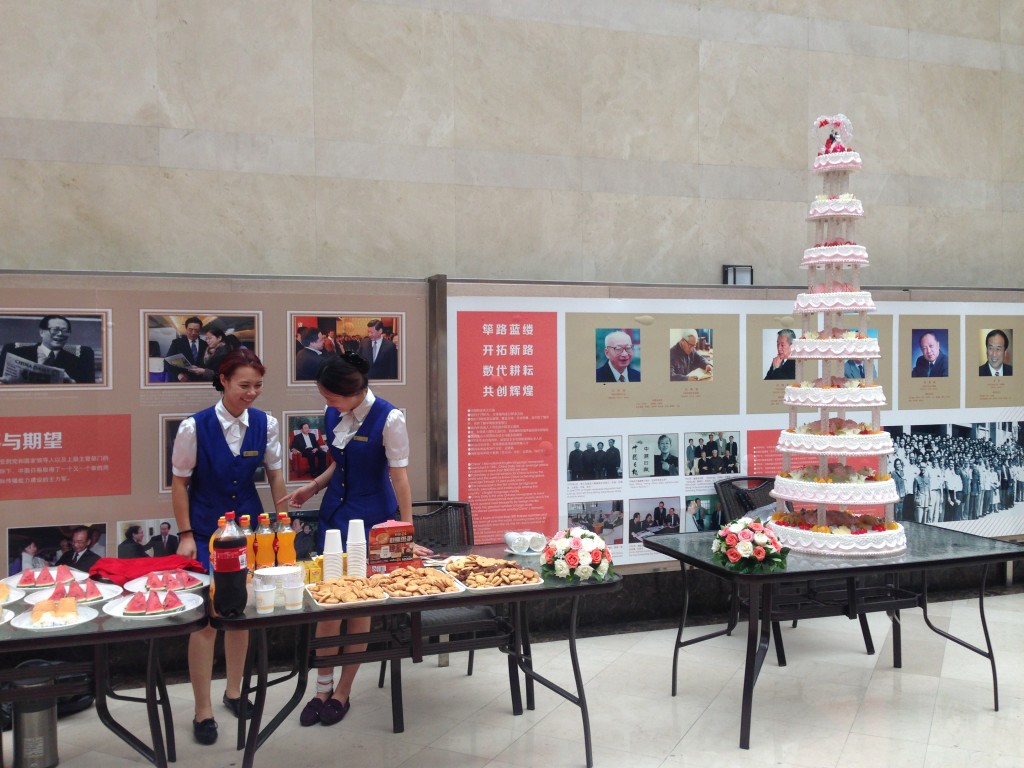 The human resources department was very excited and set up a red carpet in the lobby which is usually only rolled out when important government officials come to visit. 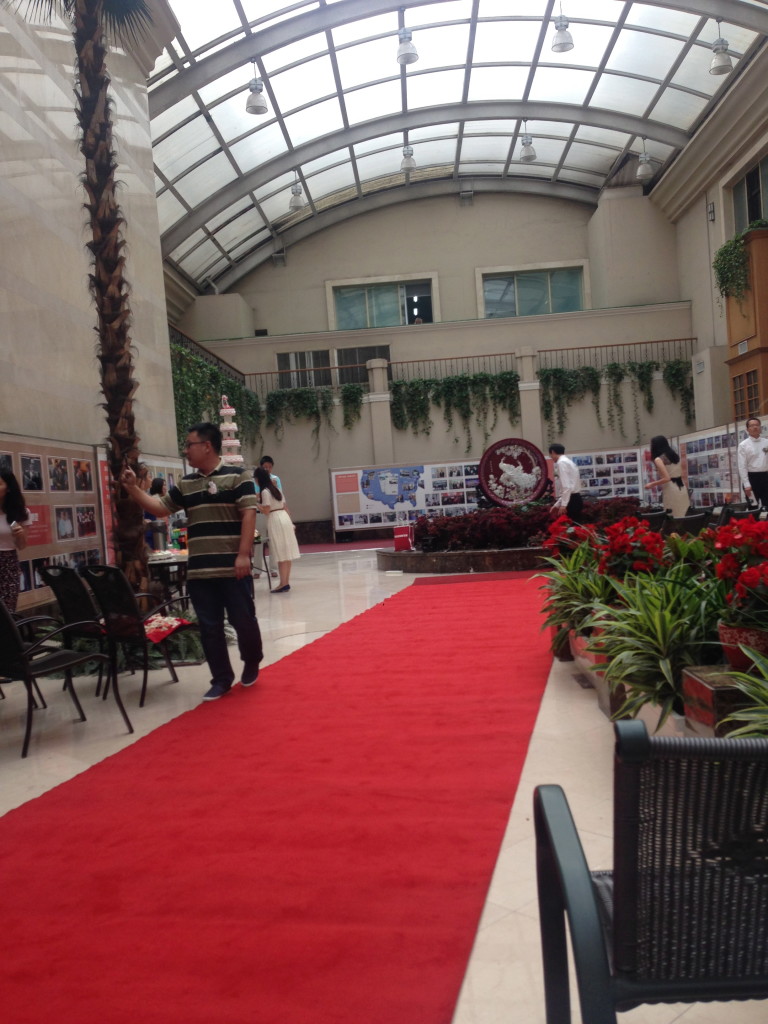 The head of Human Resources came up to me and said: “this is the first time we have had a wedding in the lobby!”

He looked a little disappointed when I said that didn’t really surprise me.

The groom came out in a tux and waited nervously while the night editor made some announcement about changes to the website.

Then the bride came! She was given away by the chief sub-editor. 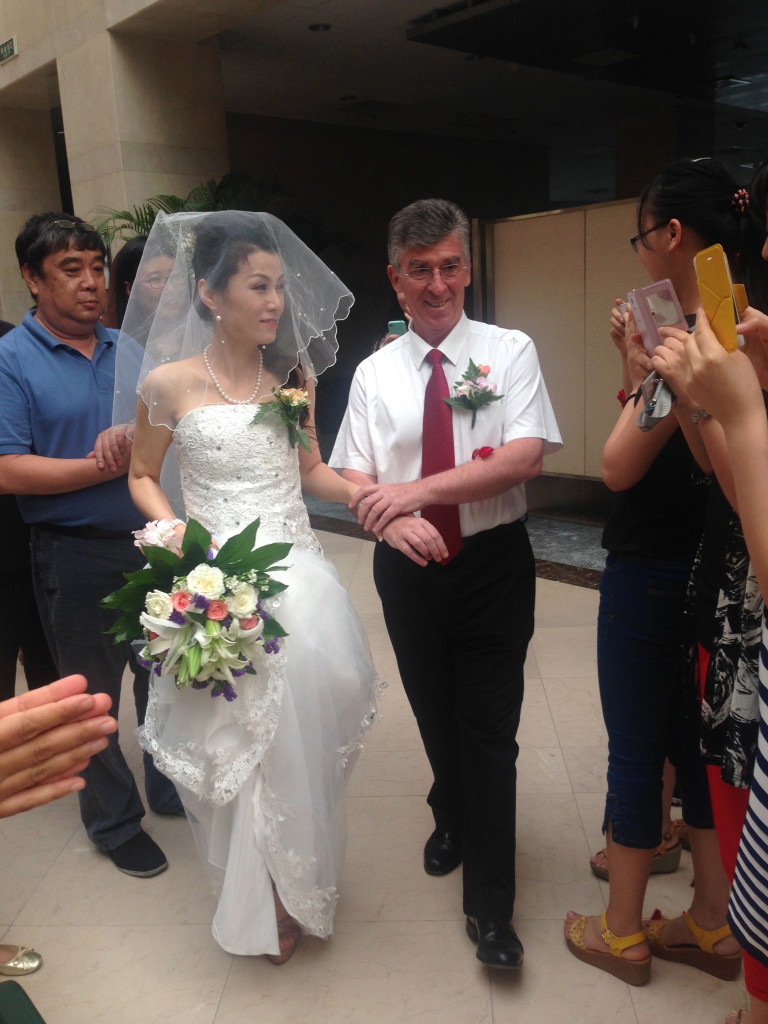 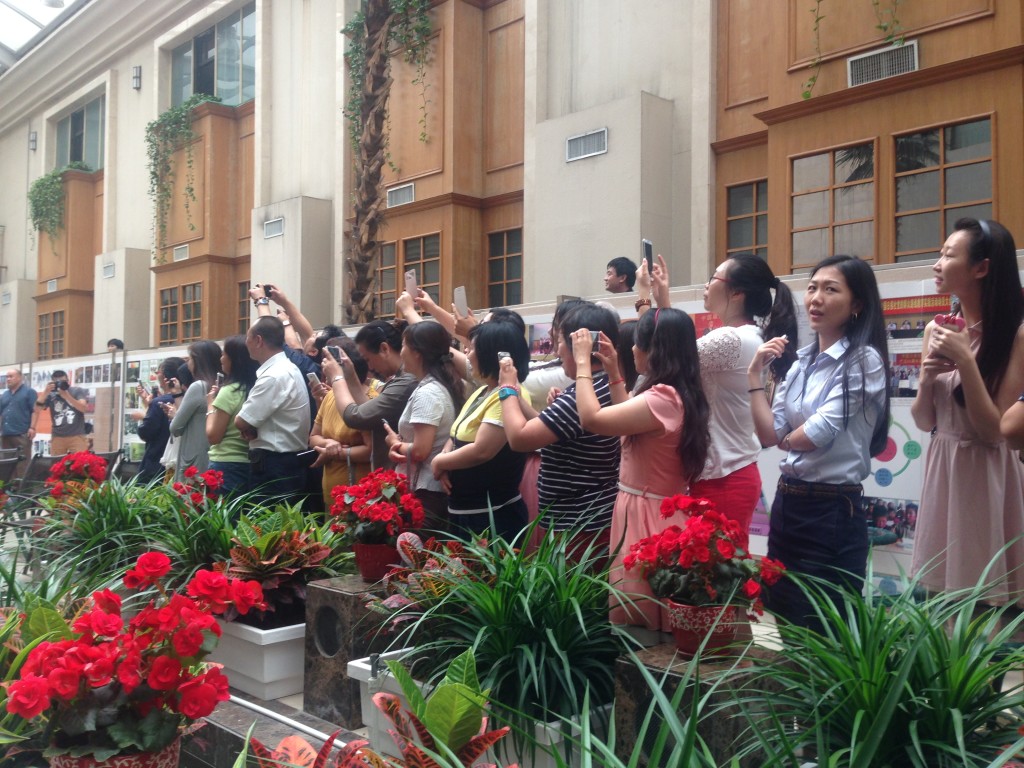 They read their vows, which sounded very sweet but I couldn’t really hear because everyone was talking. 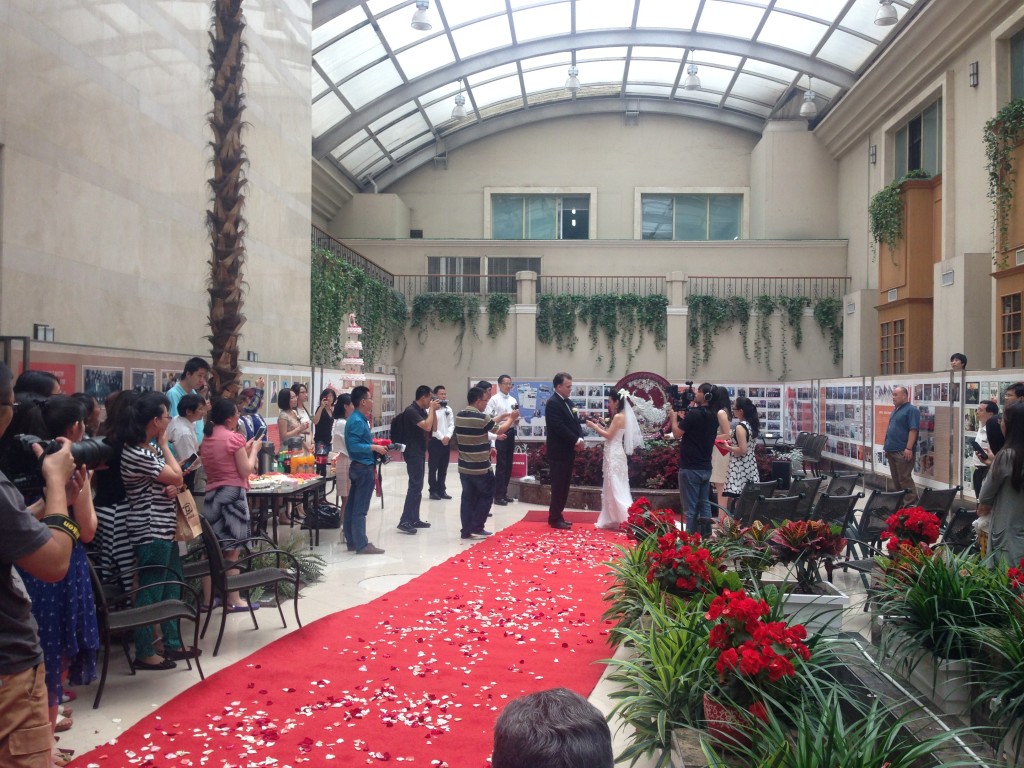 The wedding was officiated by the night editor, who ran through the grooms resume, (he has been a journalist for 34 years) before telling the story of how they met online. The bride lived in another part of China five hours away. The groom offered to go visit her but she said she would come to Beijing instead.

Then the night editor said: “By the power vested in me by the China Daily, I pronounce you man and wife!” We all cheered and I wondered if editors are allowed to marry people in newspapers, like ship captains at sea. If not, they totally should.

Then the bride threw the bouquet. 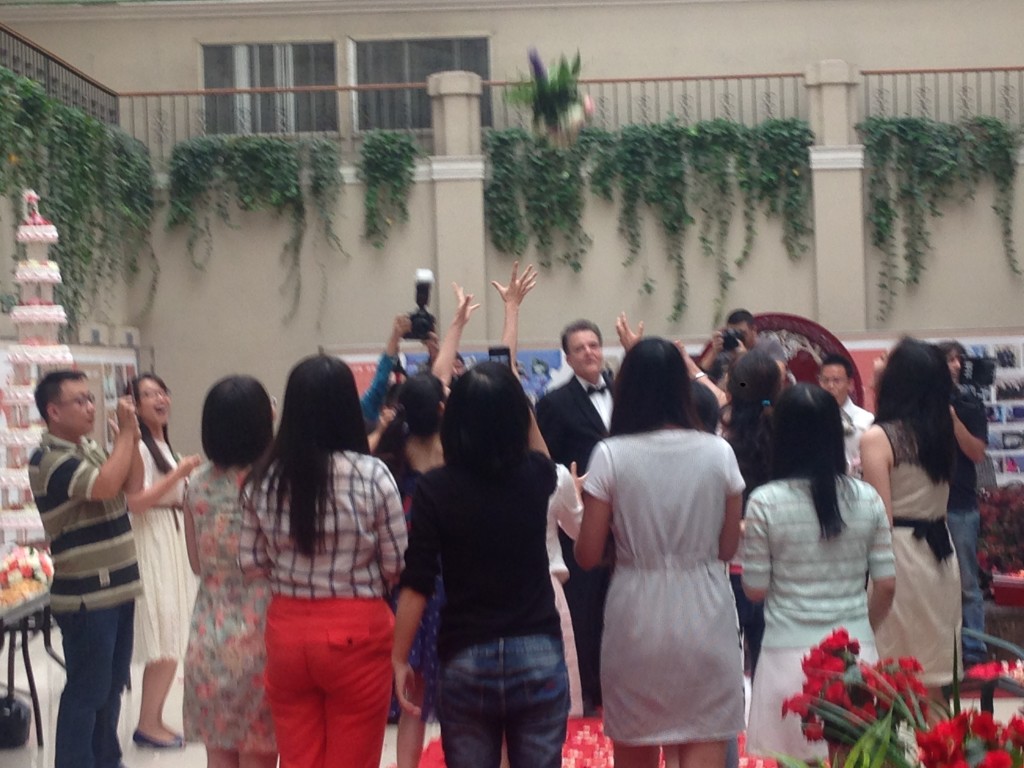 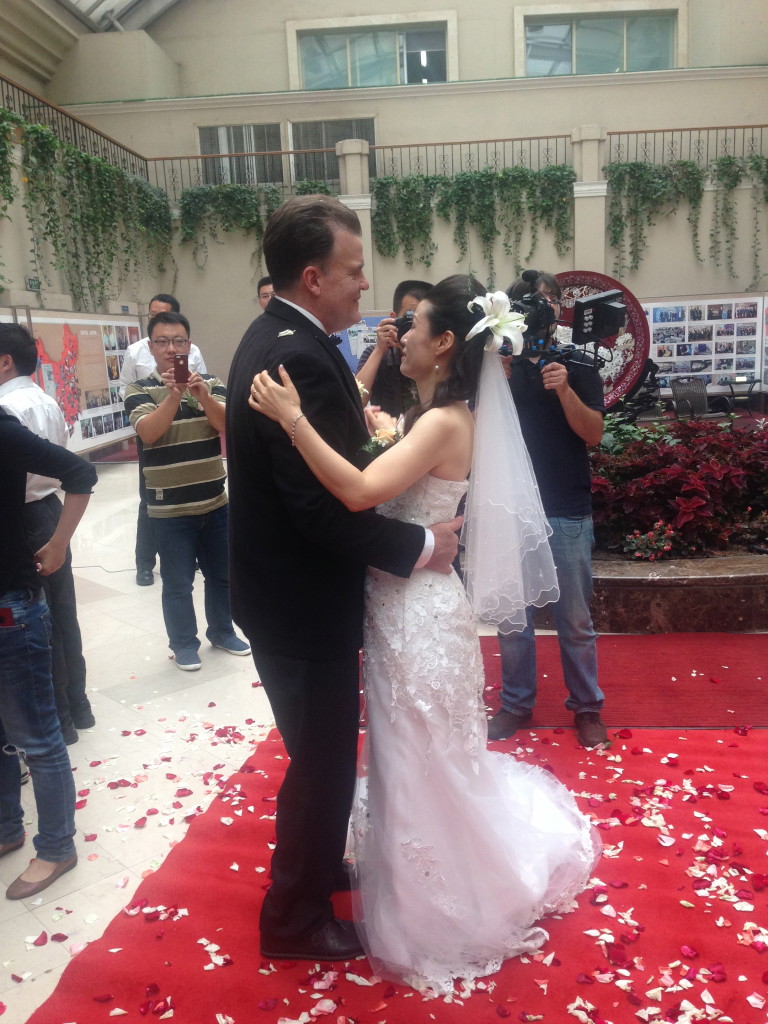 By then it was 4.18pm (the wedding started at 4pm) and people started to drift off to meet deadline. Some might say that’s fairly quick for a wedding, but the groom is a sub after all. It was like a feature cut back to a sidebar – all killer no filler.

We congratulated the happy couple and the chief sub told the groom he could have the rest of the day off work. 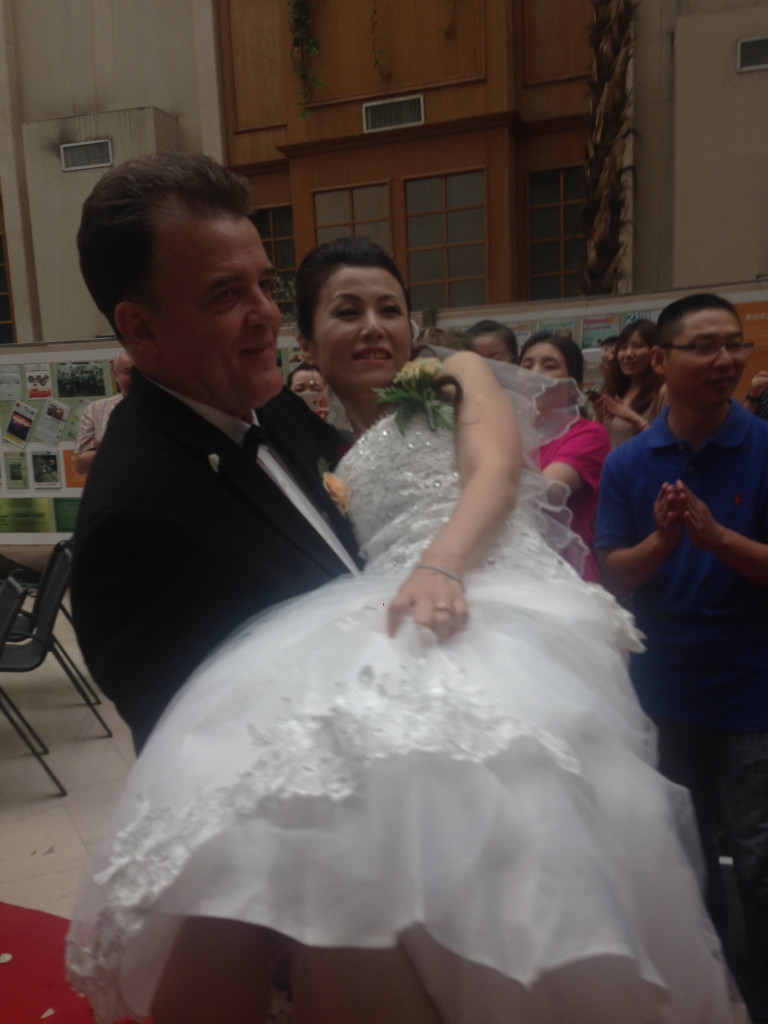 Then we ate cake! 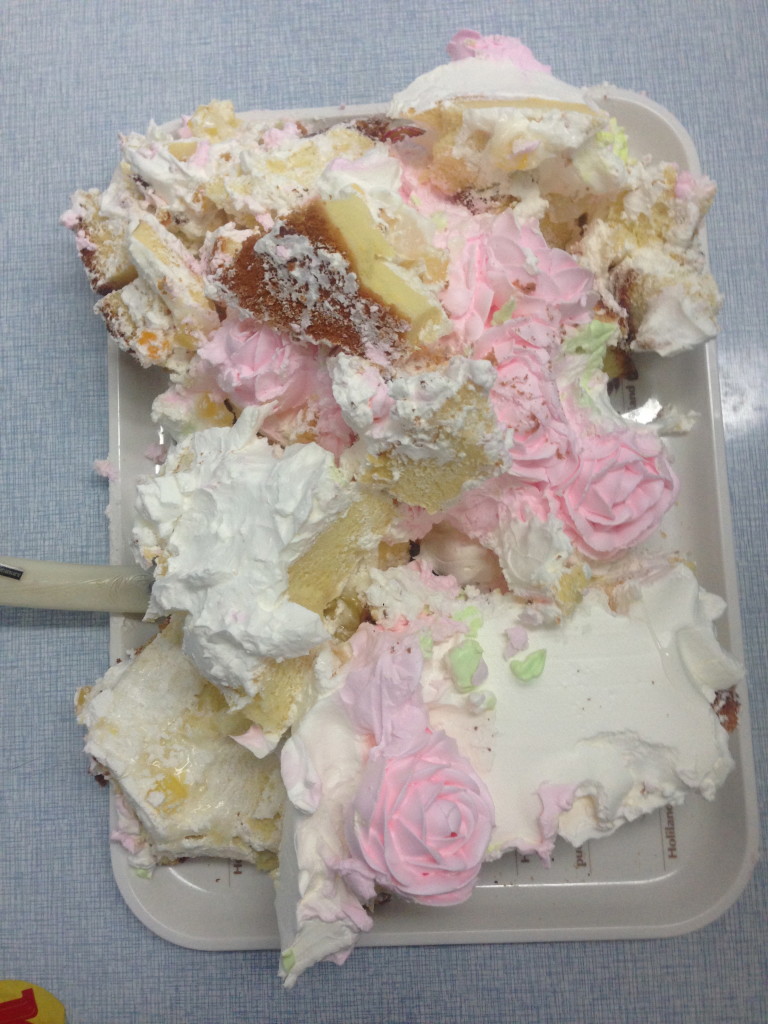 One thought on “Stop the press! It’s wedding time”