1) You can sleep anywhere.

On your rickshaw, at your office desk, on a park bench, if Ikea just has beds lying around, why not test them out with a quick cat nap? A few weeks ago, I went to a karaoke place with some friends. It was a small room, a lot of very loud people screaming at the top of their lungs. About two hours in, when things were really reaching a crescendo of drunken wailing, a Chinese guy turns up (he was friends with someone else there), sits on the couch, minutes later, out like a light. Amazing. 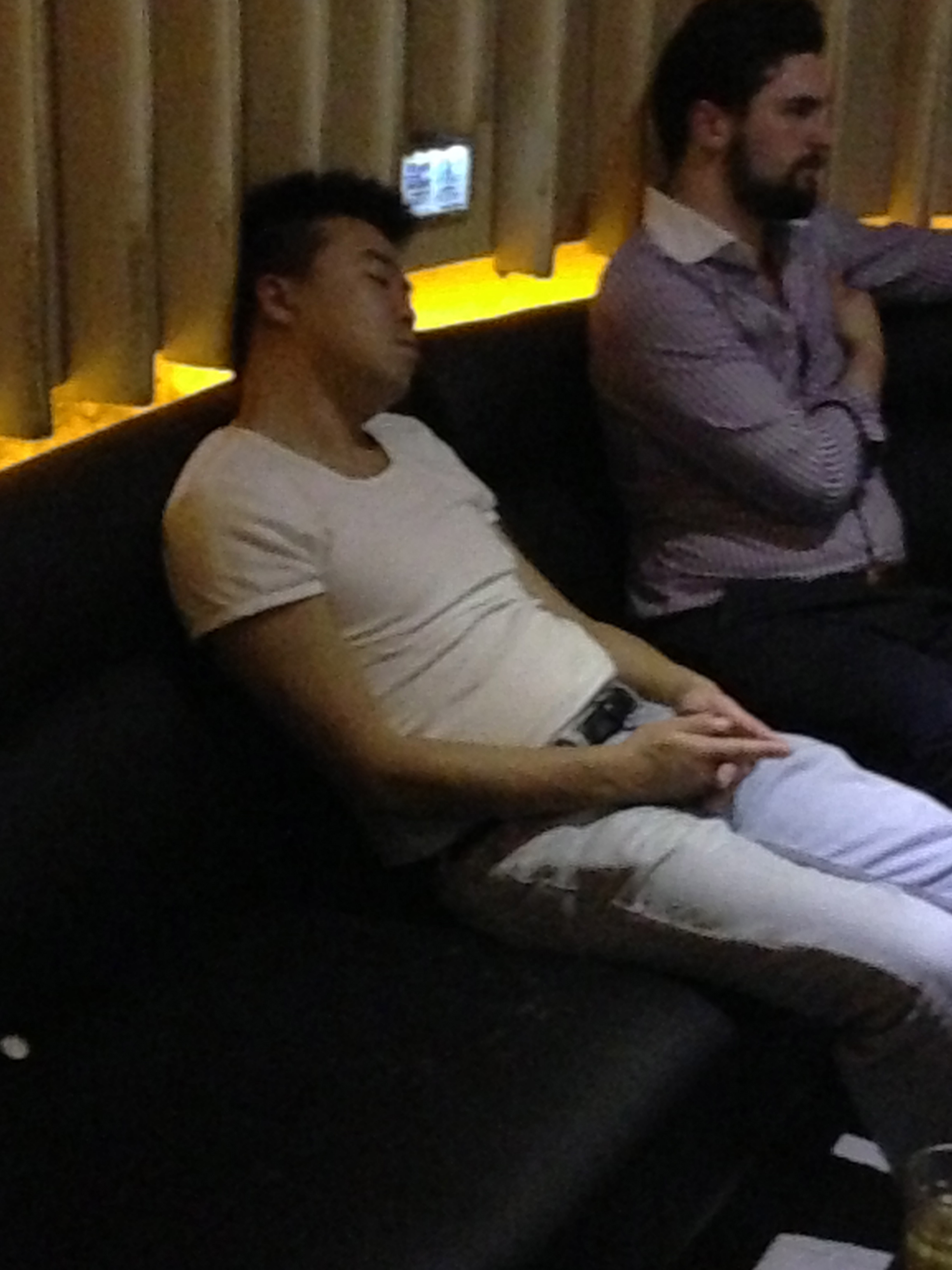 In Australia, if you dozed off anywhere other than in the privacy of your own home people would either wake you up, or shave your eyebrows off. Dems the rules. Not so in China, where sleeping in the strangest of places is completely acceptable and you can nap in public with no concerns that someone is going to nick off with your wallet or draw a penis on your forehead. The other day I was speaking to a colleague at the office about a work related matter when she ushered me aside, “Oh, we should talk over here, he’s sleeping” she whispered, pointing to a guy fast asleep at his desk, head tilted back, mouth wide open, quietly snoring. Which brings me onto my next point… 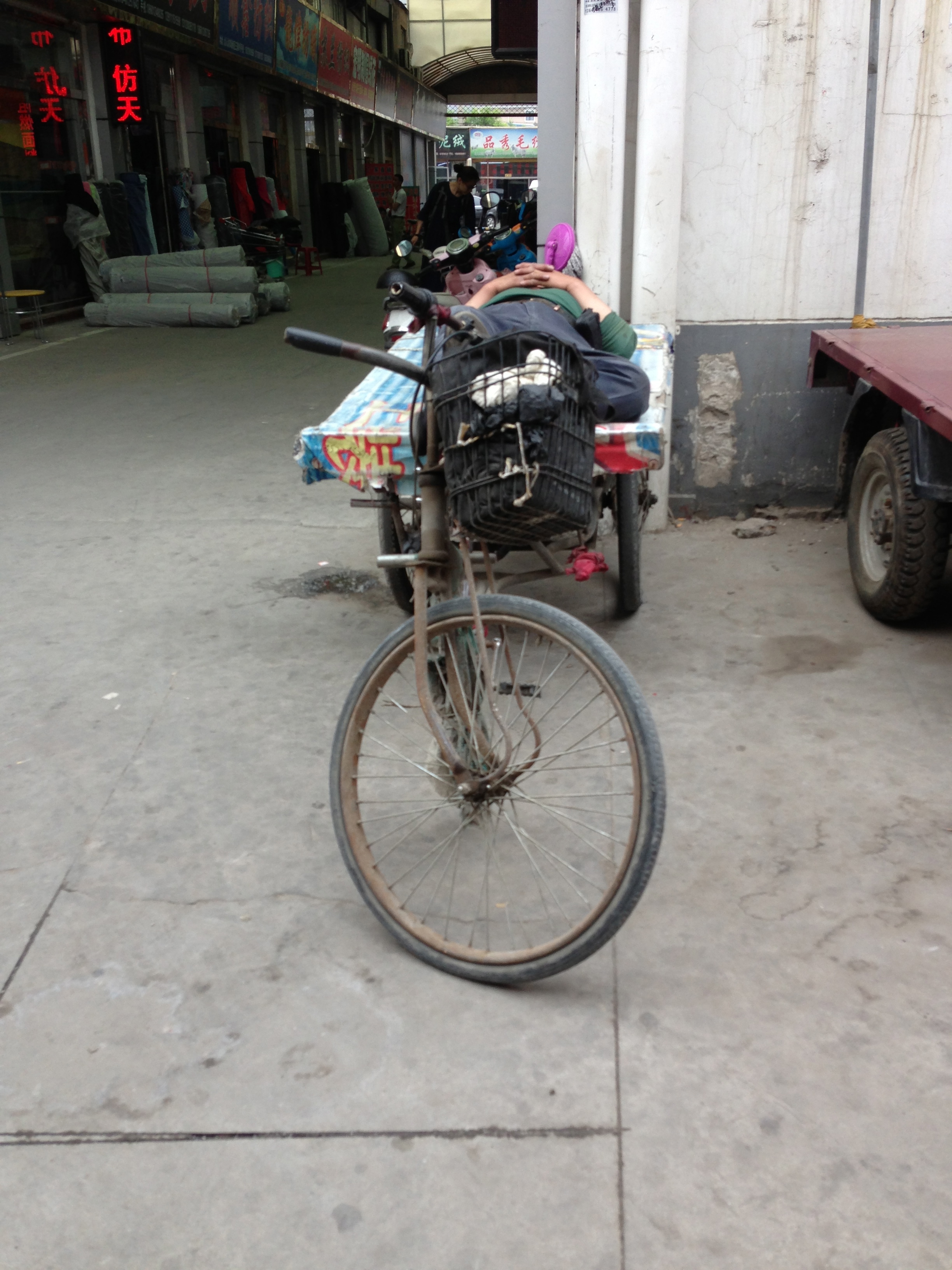 I met a girl in Beijing who told me when she started her job in China she was shown to her new desk and her BED. When she asked what the bed was for she was informed everyone had them, they were for your post-lunch afternoon snooze. While my office doesn’t offer beds, quite a few of my workmates BYO pillows for a quick cat nap on their desk, usually after lunch.  I actually took a photo of a workmate sleeping at her desk the other day but I felt weird about using it so you can just use your imagination. 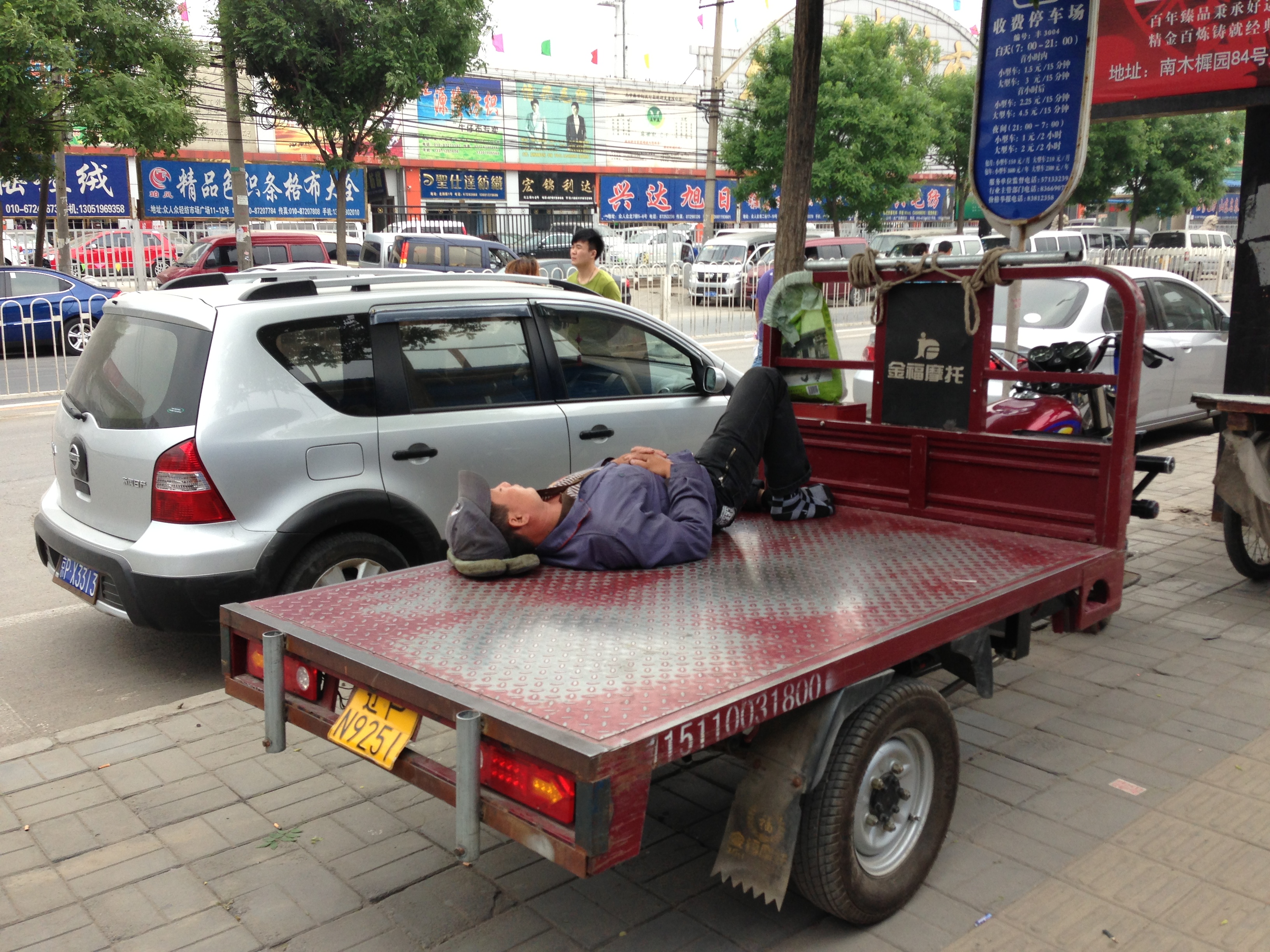 4) Sleeping is an acceptable pastime

If you ask a Chinese person what they did on the weekend don’t be surprised if they answer “sleep”. The Western world has fetishized food to the point where everyone spends their weekend trekking to hole-in-the-wall restaurants to pay obscene amounts of money to sample gold flaked pork belly with artisanal cabbage, but in China food is already number one. What’s the only thing better than eating? Sleeping. 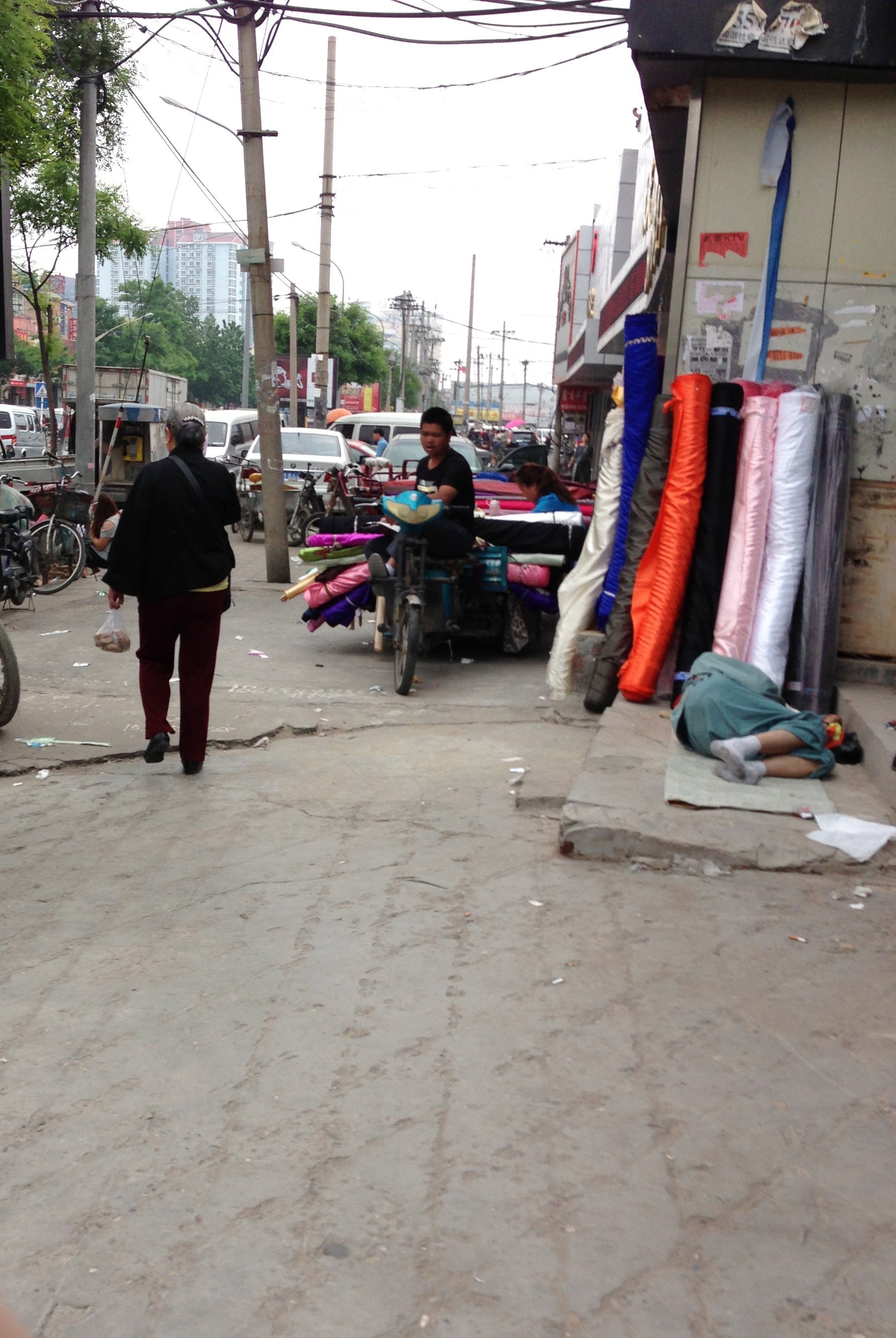 5) You can sleep in any position

Crouching, sitting, awkwardly leaning, standing up on a crowded subway? Perfect time for a nap! As someone who has enough trouble sleeping in a comfy bed, let alone anywhere slightly challenging (if I could have one superpower it would be the ability to sleep on a plane) I am nothing if not totally jealous of this Chinese ability to nap whenever, wherever. If you are Chinese you don’t need optimal sleeping conditions, you just need to be not operating heavy machinery, and even then you could probably have a quick snooze. 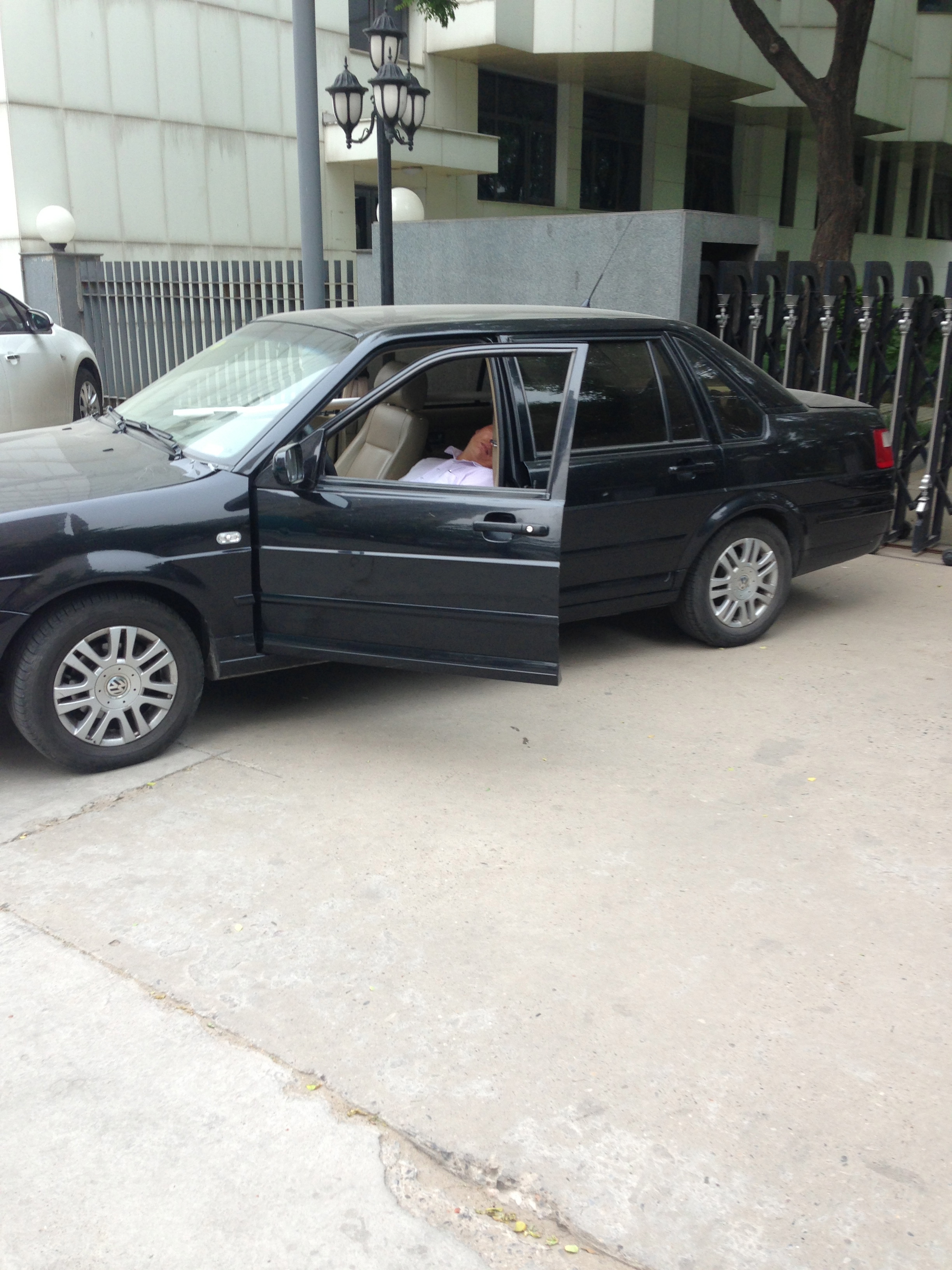