Imagine you had never heard of Christmas and then sat through a marathon of the most saccharine American Christmas films and then had to figure out the most appropriate way to celebrate. That’s kinda what Christmas in China feels like. The best comparison I can think of is Halloween in Australia. Not really celebrated but pushed upon us by shops smelling a profit or celebrated because it’s a bit of fun with friends. It’s not a serious holiday and its ignored by the majority.

There is a religious aspect of course, Christianity has been in and out of China for centuries thanks to the Silk Road and later on, missionaries. These days there are an estimated 67 million Christians in China – a drop in the ocean of a nation of 1.3 billion. People do practice Christianity openly but there are restrictions – Catholic friends tell me to go to midnight mass you need to get a ticket in advance to attend, and whether a midnight mass actually happens or not is only announced at the last minute because the church has to get permission from authorities to hold services.

One fairly unique Chinese Christmas tradition is the giving of apples. I had noticed shelves of cellophane wrapped apples with red and green ribbon in the 7/11 and was wondering what they were for. A friend explained to me that Silent Night, translated to Chinese, is Ping an ye. This sounds a little like the Chinese word for apple, ping guo – hence a very Chinese Christmas tradition. 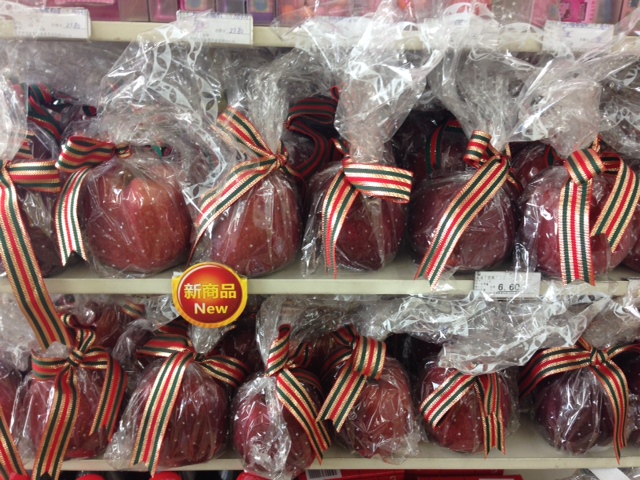 Christmas pingguo for sale in the 7/11

Many shops sell Santa dolls with the man in red playing the saxophone. Why? No one is quite sure, but this blog from the Washington Post suggests it might be because for many Chinese, Santa and the sax have a lot in common – they are both foreign and a bit cool. 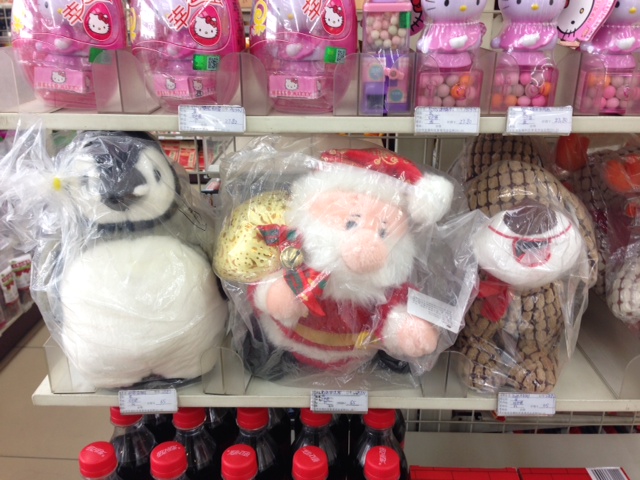 Santa sits next to a penguin and a puppy. Hey Santa, where is your sax!?

But my favourite Christmas decoration I have seen in China is a giant Christmas… Pony? Reindeer? Unicorn? that has been erected outside the Raffles Hotel on a major intersection. I have no idea how it fits into Christmas, but it’s certainly been a talking point. 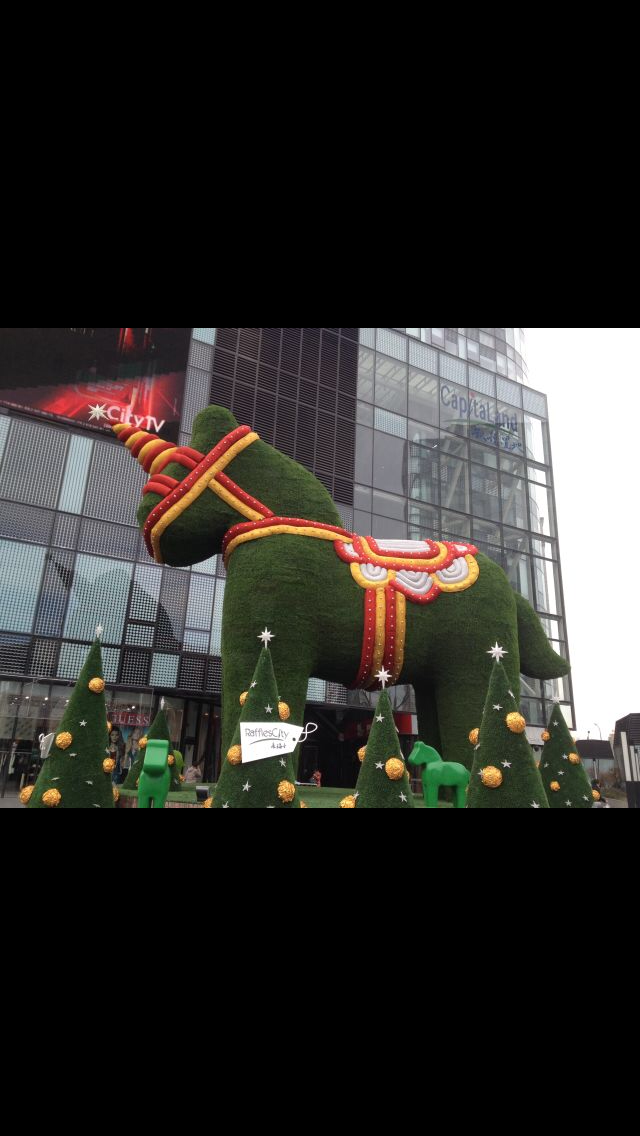 I will leave you now with a song from my fellow West Australian Tim Minchin. Pretty much sums up everything about an Aussie being away for Christmas.

3 thoughts on “A very Chinese Christmas”