China is often portrayed as a country roaring into the future, from the skyscrapers of Shanghai to the neon lights of Chengdu, but when it comes to family, the confucian values of filial piety are still deeply imbedded. Children are supposed to look after their aging parents, which is nice in theory, but China’s rapid modernisation and urbanisation is creating a world where this isn’t always easy.

Many people have to move away from their hometowns for work, leaving their elderly parents hanging on the telephone, only returning once a year over the weeklong Chinese New Year holiday. This is such an affront to Chinese confucian values, that the government has launched an advertising campaign, both in print and on television, urging people to visit their parents. The TV ads show a young mother raising her child, the mother and child age throughout the ad, until the adult son walks off screen, leaving his elderly mother alone. It’s literally a state sponsored family guilt trip. China’s mastery at manipulation never ceases to amaze me.

Some rural areas have been pretty much left to the elderly. People of working age have all left for jobs in the cities, leaving whole towns of older people either living alone or looking after their grandchildren. One town, Dachang in Shanxi province, only has 16 residents left – the youngest is 65. 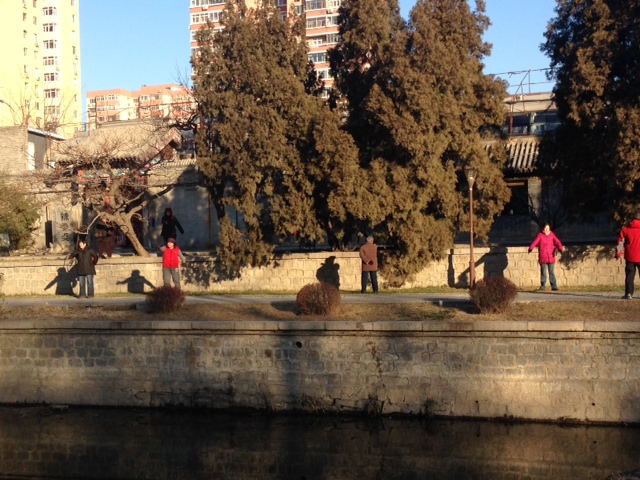 When Western media talk about the one child policy they tend to focus on the “Little Emperor” phenonmen, children with two parents and four grandparents, all spoiling and indulging their precious child.

But the policy has created far more nuanced and complex problems in a society that is so deeply embedded in confucian values. There is a rapidly aging population and thanks to the one child policy, not enough younger people entering the work force to look after them. There are nowhere near enough care homes and nothing like Australia’s fairly strong superannuation system. In short, the responsibility for looking after China’s elderly falls heavily on their children. This burden is less heavy when shared between the shoulders of several siblings, but with one child the pressure is immense.

For the parents whose only child has died – either through illness or accident – they not only face an old age alone, but desitute. So relient are parents on their children in old age that some cities have started compensating these “orphan parents”. Chongching gives 3,120 yuan ($AUS574) a year, and in Beijing, 2800 yuan is annually spent on each parent, covering things like health insurance.

But growing old in China is not all bad. One of the first things visitors notice in Beijing is the incredibly strong, and visable – far more so than in Australia – communities of older people. Every morning in my local park, hundreds of elderly people do tai chi (it may look peaceful but it’s actually a form of martial arts) or dance, sing and play with their grandchildren. On every street corner, especially in summer, older men huddle over games of mahjong. They are part of the reason Beijing retains it’s sense of being a big country town – with  20 million people in it.

When Westerners try to gauge China, where it’s at, where it’s headed, they tend to look at the young and the middle aged. The work force of the future and the current crop of new millionaires who are propping up Europe’s fashion houses with their taste for luxury handbags and clothes and sending their kids to study at expensive universities in the US, UK and Australia.

In the West we talk about the past being behind us, we walk forward into the future.The Chinese see it differently. The past is in front of you, it is known, it is the future that is behind you, unseen. To understand China you have to understand that this is a multi-generational society where family and history – both the country’s history and family histories, play a key role. When I cycle home from my evening language classes I often pass people half hidden in the dark, shadowed by skyscrapers, illuminated by small fires. They are burning paper money on the street, an offering to their deceased ancestors.

The elderly are a massive force, culturally and economically. They may represent China’s past, but their influence on the countries future should not be underestimated.

And don’t cross them – they know martial arts.