I never make a trip to the United States without visiting a supermarket. To me they are more fascinating than any fashion salon.
– Wallis Simpson 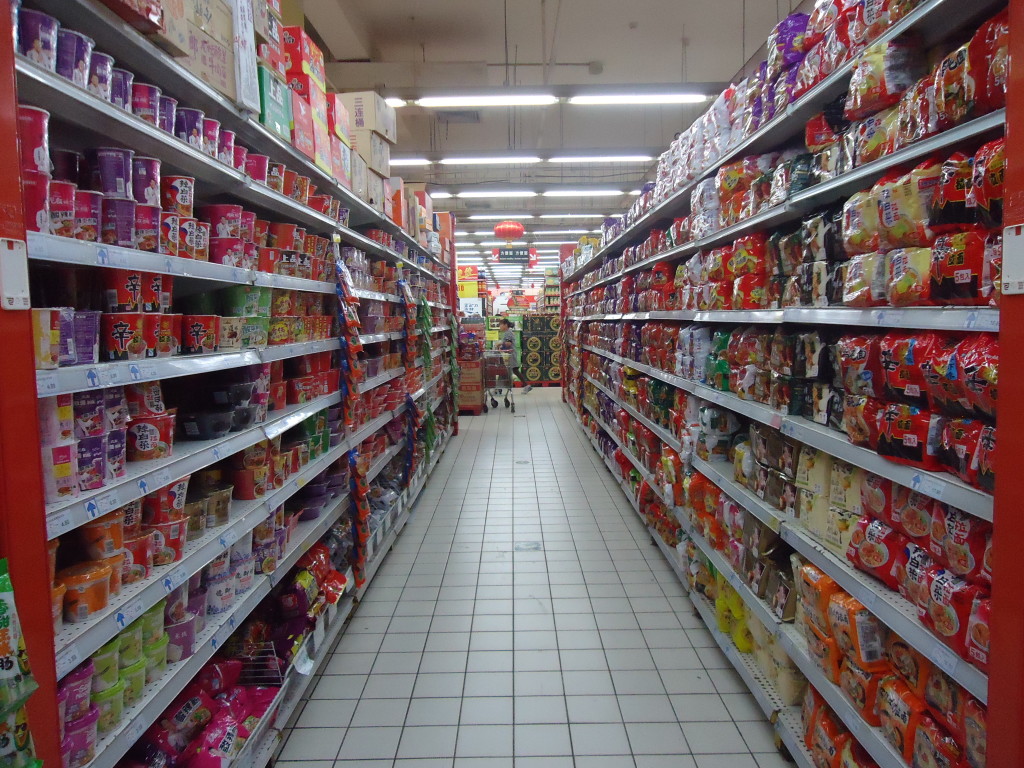 A person buying ordinary products in a supermarket is in touch with his deepest emotions. 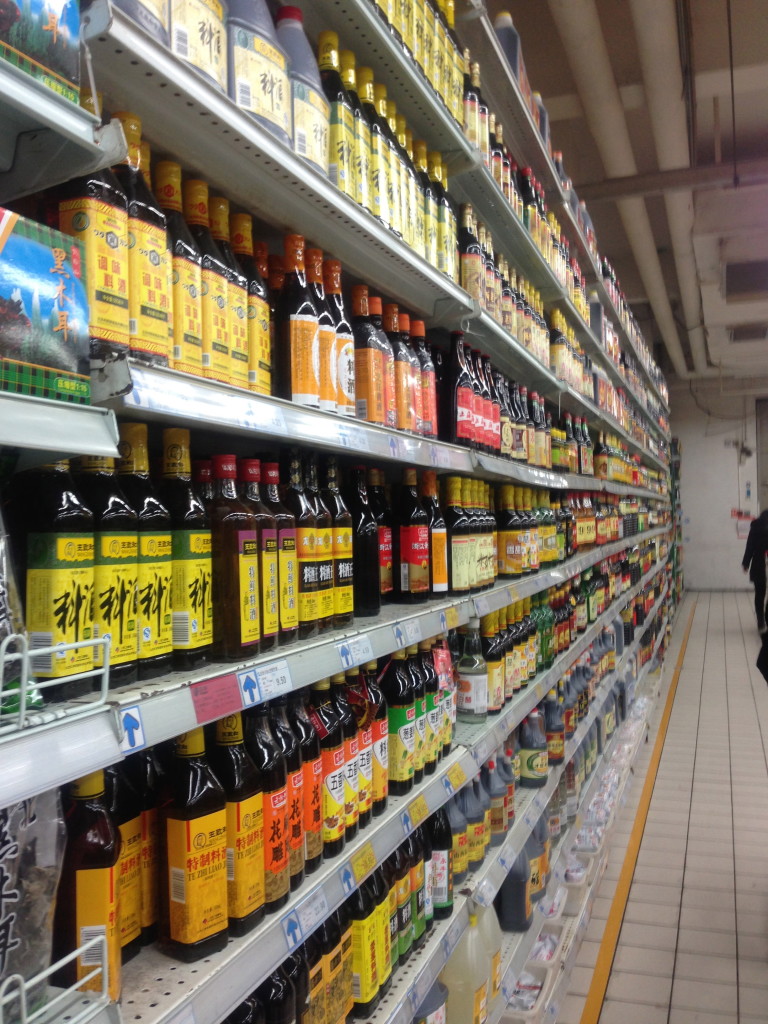 I love foreign supermarkets. Forget national monuments, you want to get a real insight into a foreign culture, check out where the locals buy their toilet paper.

There are two supermarkets near our apartment. The noodle and soy sauce asiles above are from the huge and weird Wu Mart (“The Wu”), which is a massive supermarket downstairs (think Coles) and a shop upstairs, selling everything from bikes to thermal underwear (think K-Mart). 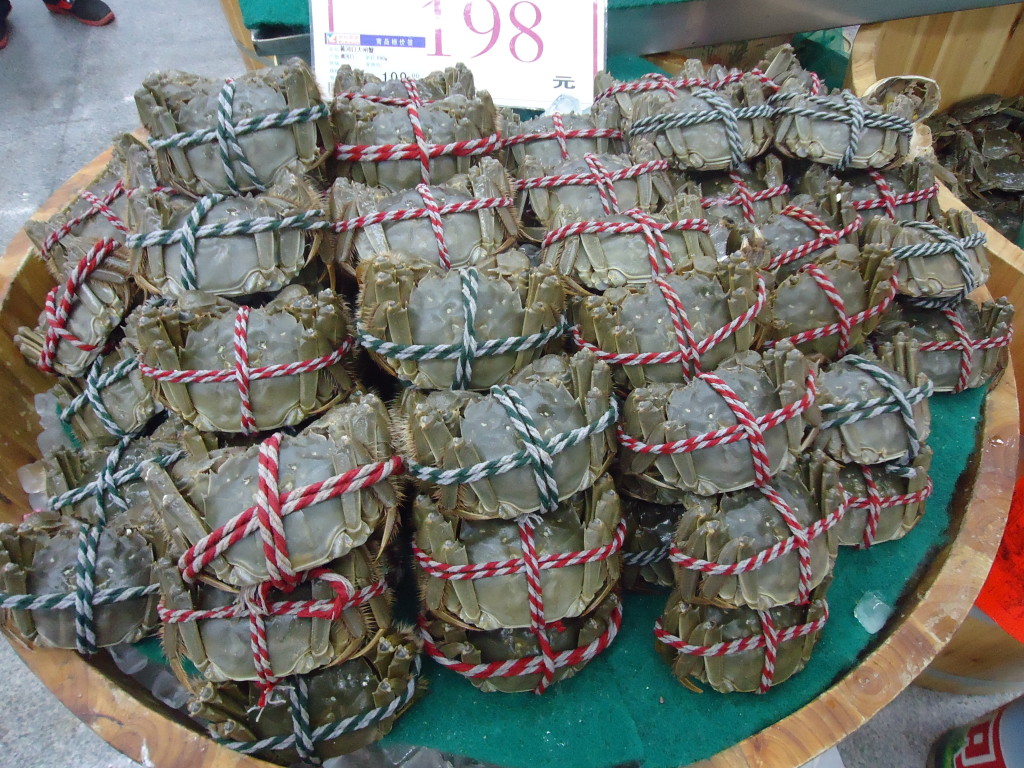 Hairy crabs at The Ick, which are traditionally eaten as part of the Mis-Autumn festival. They are far too expensive for most people, and their limited supply leads to all sorts of rorting and scandal about their sale and supply over the festival when they are in hot demand.

The other is Ito Yokado (“The Ick”), which is a Japanese department store along the lines of David Jones with a posh supermarket downstairs  where everything is about three times the price of The Wu. 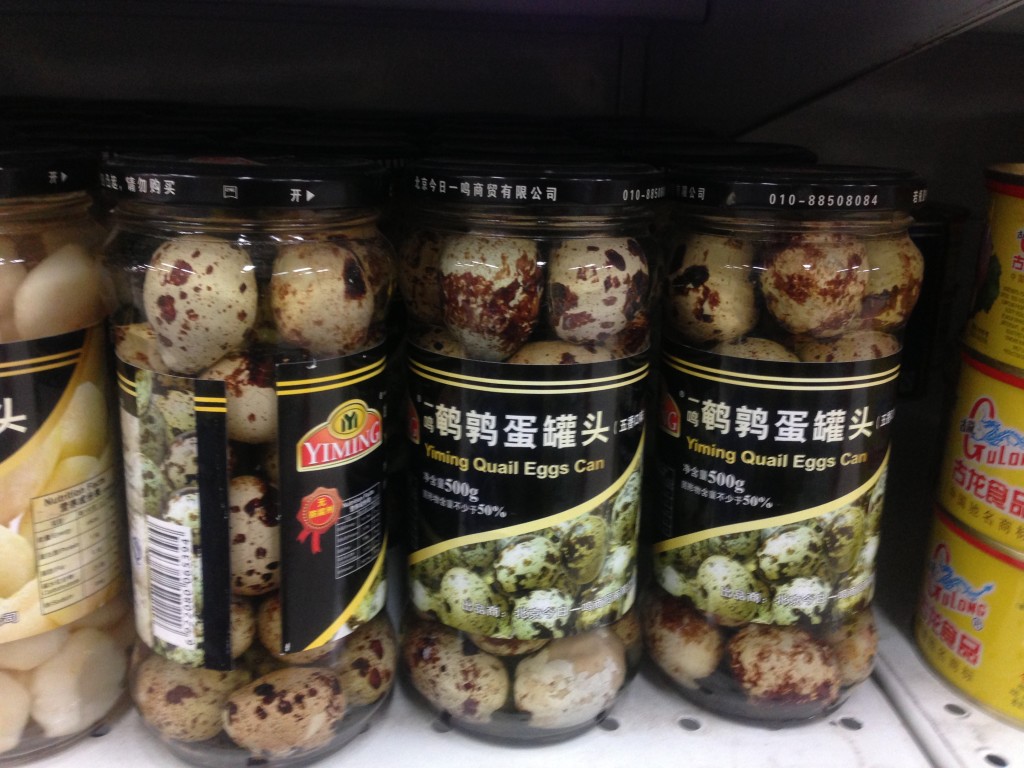 There is so much stuff floating around in jars. DCR and I once asked a shop assistant where the tuna was (Tuna is basically pronounced tuuuna in Chinese) she handed us a jar with what looked like the left overs of an abandonded meal at Fishing Boat Harbour after the gulls had been at it, floating around in a weird, murky liquid. We passed. Still have not figured out which tin contains tuna, but we have bought a lot of dubious fish trying to find out.

It’s where we usually end up shopping because they lure us in with their Western staples of milk and cheese and then you think “I might as well get some vegetables while I’m here,” and end up walking out cursing yourself for spending 9rmb on bok choy when it’s 2rmb from the weird market down the road. 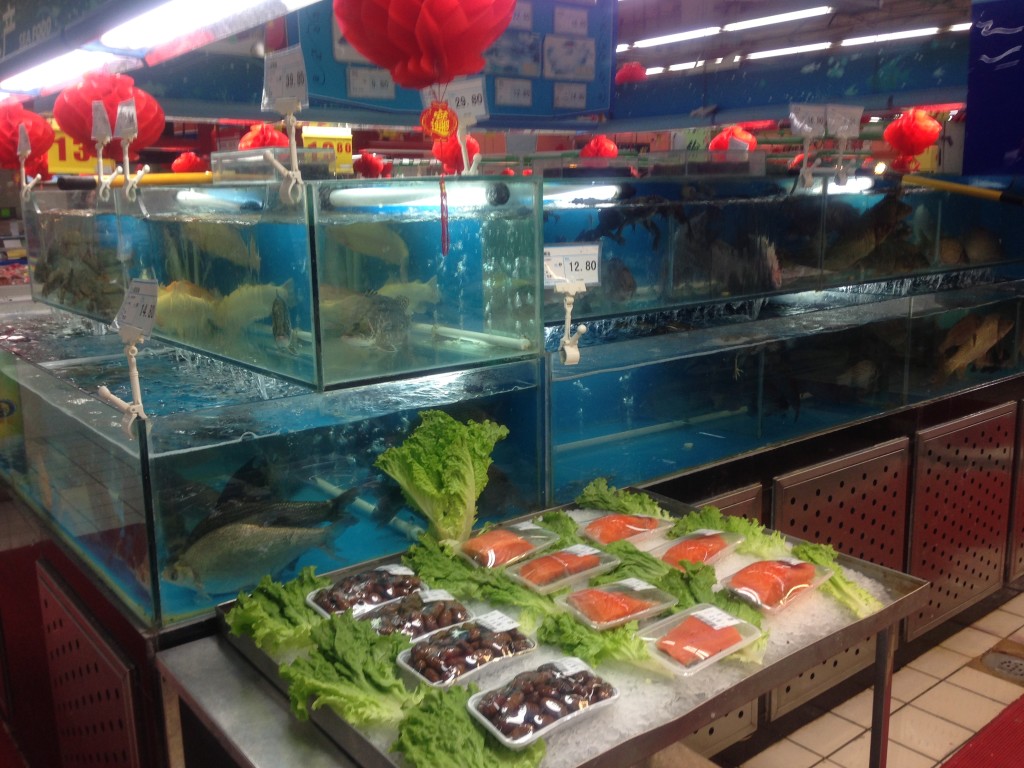 Fresh fish at The Wu.

Food is sold pretty much everywhere. You can buy produce laid out on sheets in the street, there is an apartment complex down the road that has it’s own, odd, farmers market hidden inside if you know where to look. Hell, you can by fruit off a cart attached to a donkey just off the fourth ring road, just be sure you don’t get knocked down by a tuk tuk or ferrari while you haggle.

And as amazing as the markets are, I kinda expected that sort of thing when I came to China.

But I’ve never seen a tank of bullfrogs in Woolies. 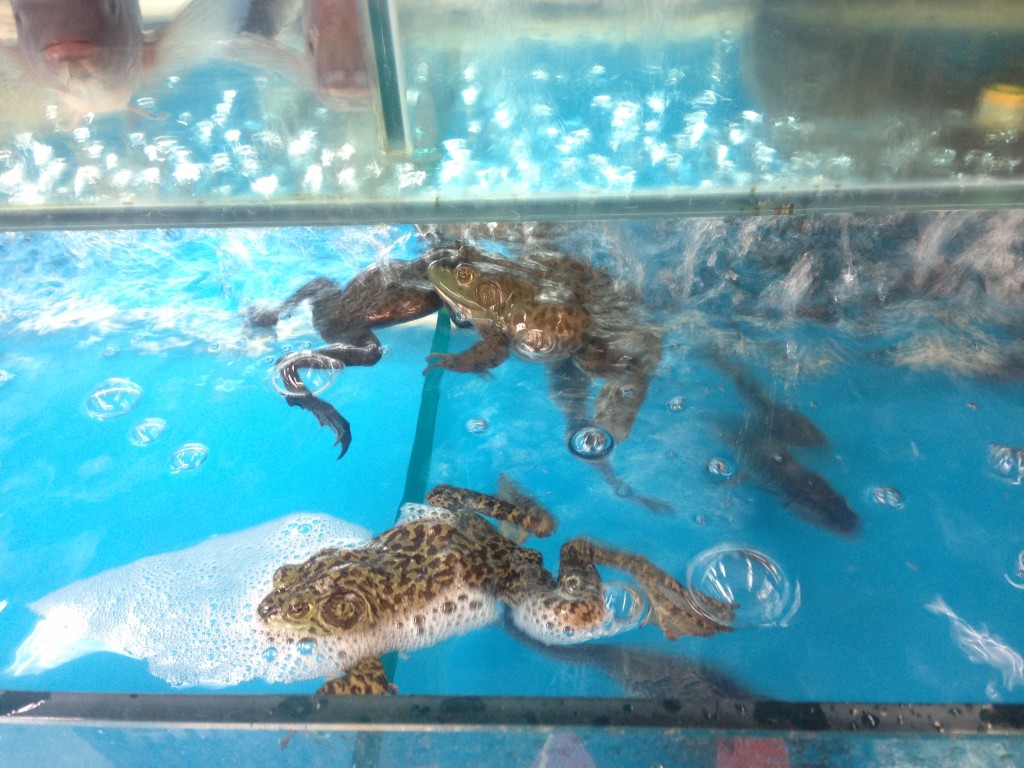 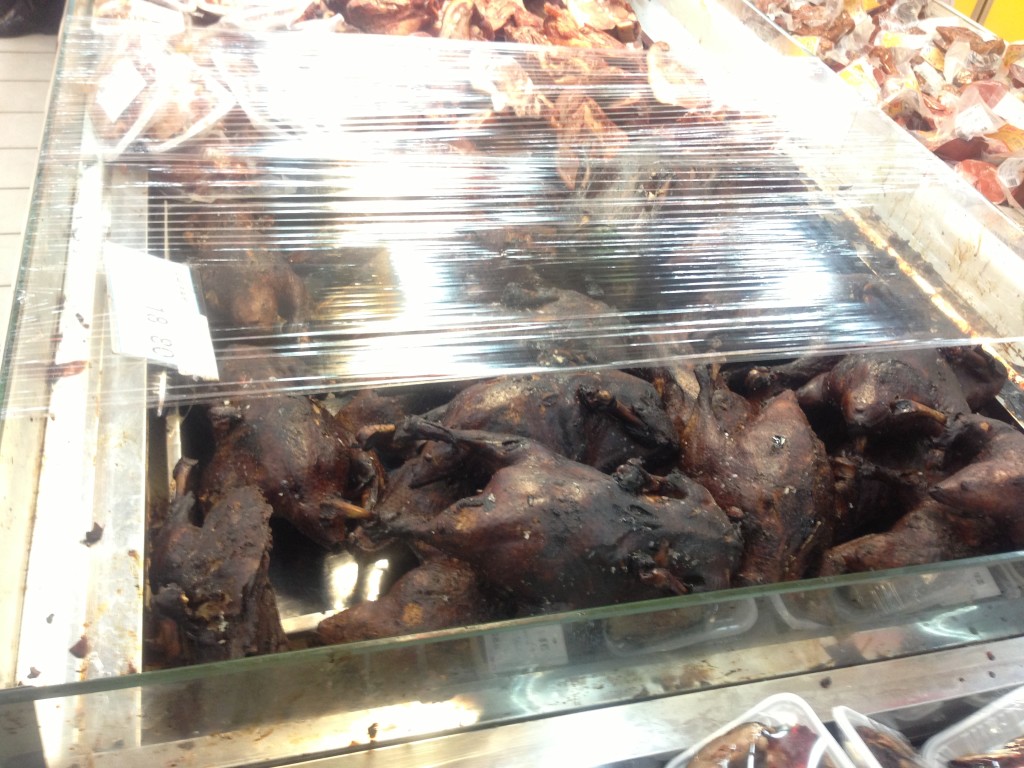 Is it a duck? Is it a chicken? WILL IT HAUNT MY DREAMS?? 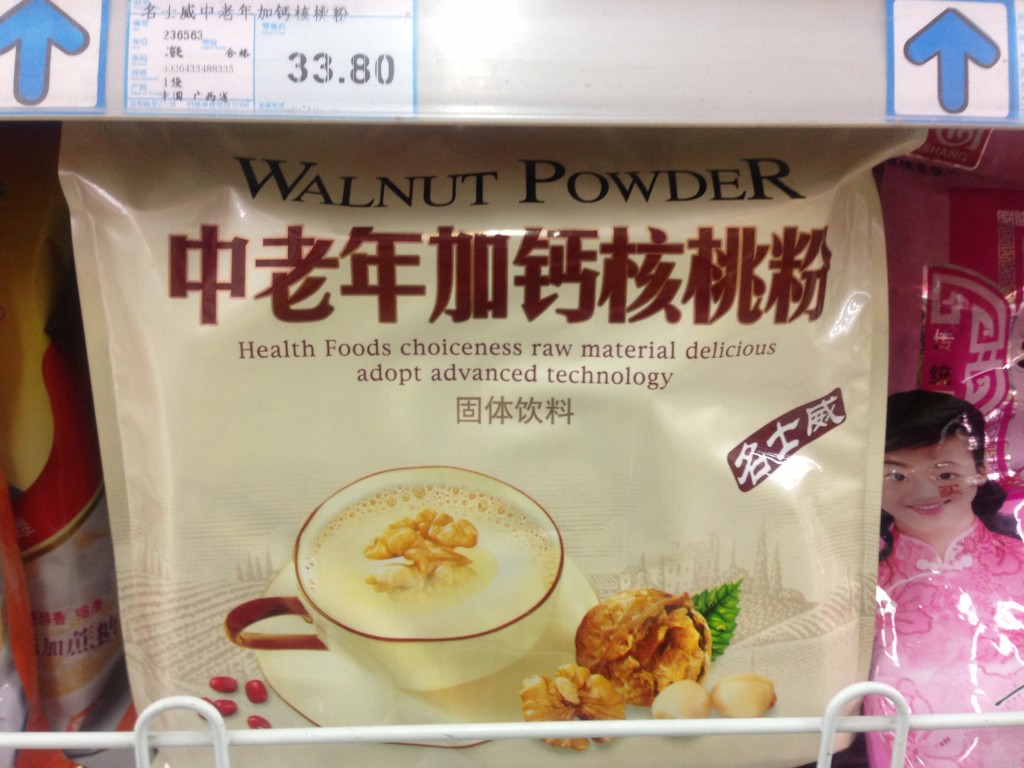