A few weeks ago DCR and I took a big step and did what many expats in China before us have done.

We opened our door to a new member of the family. An addition that makes us feel truly Chinese. Yes, we became the proud parents of… a Swedish air purifier. We have named him Lars. He’s so cute. 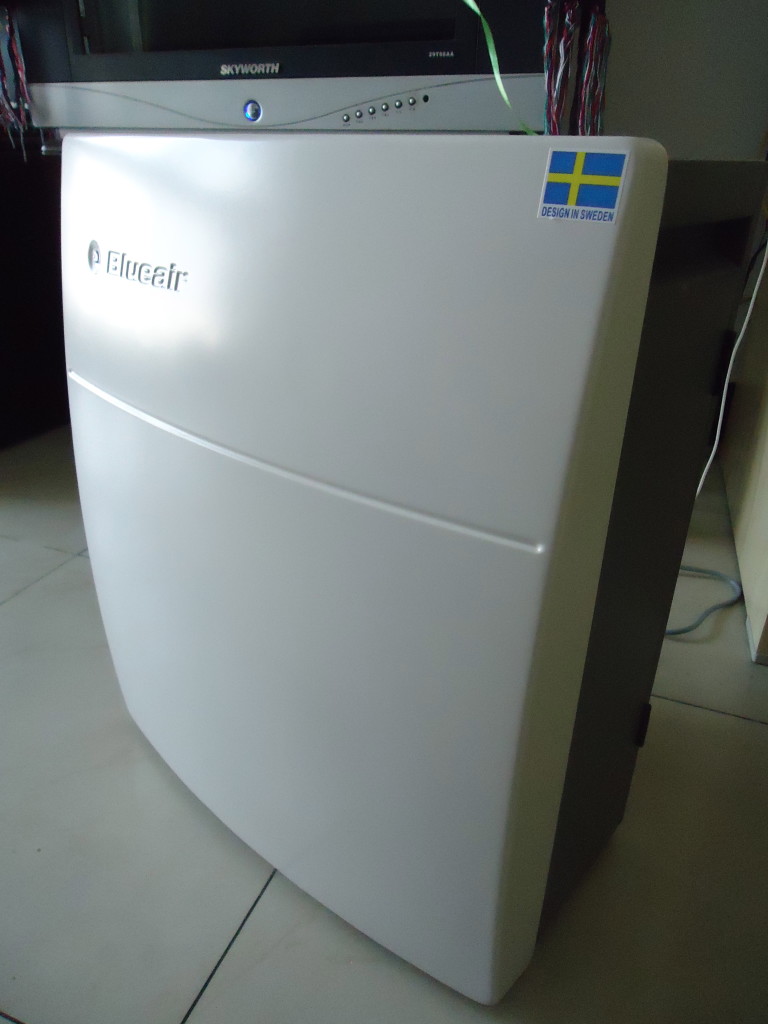 Lars sucks up the muck in our apartment and makes us breathe a little easier, which is nice, but you can’t stay cooped up forever, and when we do step outside we are quickly reminded we live in one of the most polluted cities in the world.

The pollution in Beijing isn’t just bad – it’s awful. Even on days when the sky is blue, which to be fair, is more often than not, there is a sharp acrid smell in the air. As I write this I can feel the tight sensation in my chest that tells me the pollution is particularly bad today. Saturday was the worst day for pollution in Beijing on record. The Beijing Municipal Environmental Monitoring Center ranked the density of Particulate Matter2.5 as being over 700 micrograms per cubic meter. The PM2.5 index is considered “off the index” when it hits 500. The World Health Organisation considers 25 micrograms per cubic meter to be safe.

We have stopped hanging washing on the balcony to dry, aside from the fact it is so cold our clothes often freeze, more often than not they come in dirtier than when they went out, reeking of the smell of burning coal that permeates the city over winter. I also started to wear a pollution mask, realising that they were not just for show but a necessity when the pollution gets really bad. 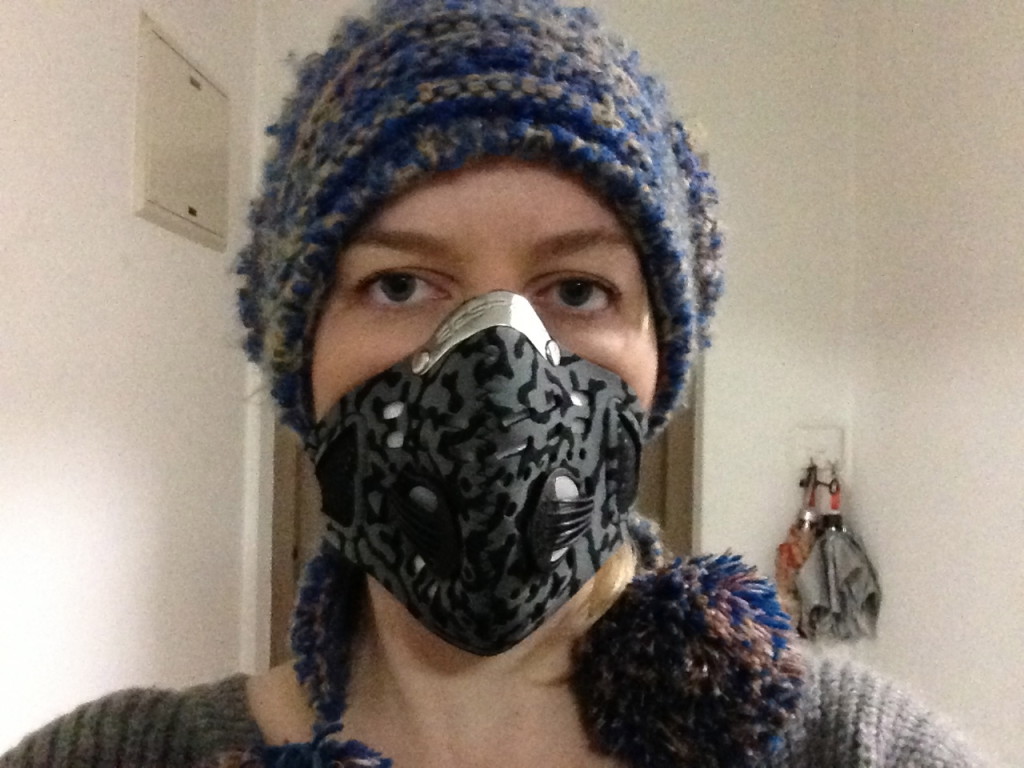 One of the reasons the air is so bad is because it’s so toasty inside. Beijing is heated by coal, and while this means most places indoors are 22 degrees, step outside and you can smell why.

I have always considered the greatest thing about Western Australia to be the light. That hyper colour glow that makes Perth look like it’s in high definition while the rest of the world got a lower pixel count.

But the air in WA, is what I now miss. The crisp, fresh winter mornings, the hot dry summer nights, the salt on the afternoon sea breeze.

Perth should not pat itself on the back for this however. It has a horrible environmental record, everyone drives, many of them to their 3×2 in the ‘burbs with water guzzling gardens and hungry air conditioners. We’re just lucky there aren’t enough of us that this comfortable lifestyle doesn’t result in noticeable, everyday environmental effects. 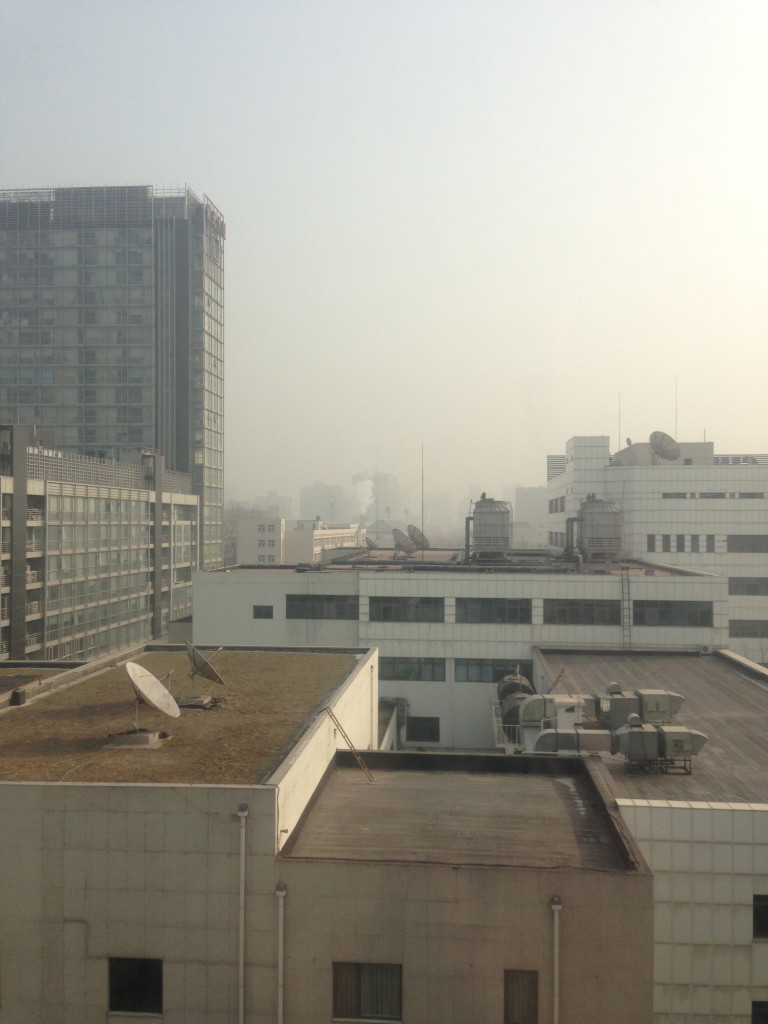 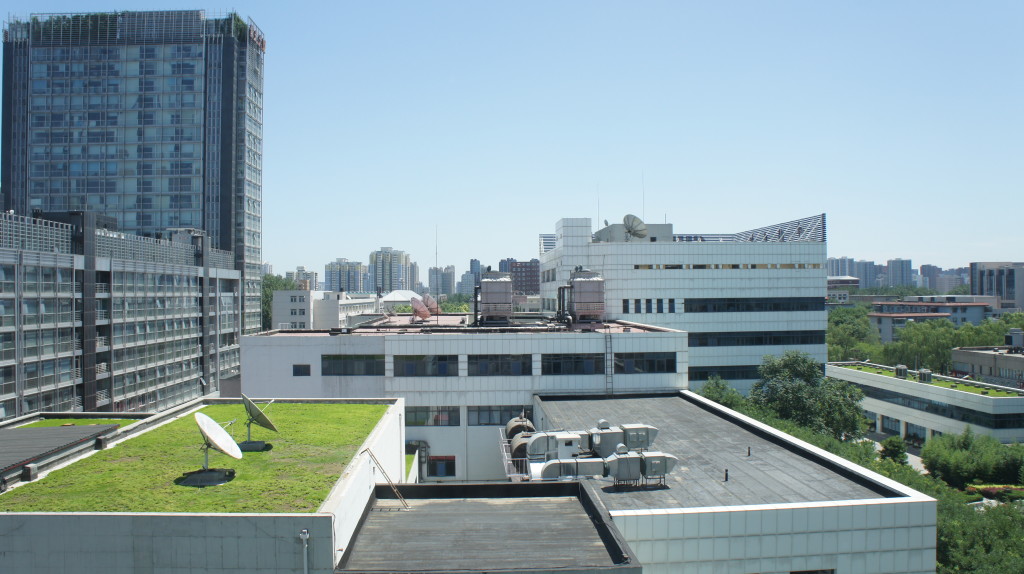 Here in Beijing you do notice it. Pollution is an everyday concern, and since moving here I have read environmental news with a new appreciation of the immediacy of the problem facing the world. In particular I read the reports from the Climate Conference in Doha, Qatar with an increasingly sick feeling in my stomach.

“The world is on the cusp of a “tipping point” into dangerous climate change, according to new data gathered by scientists measuring methane leaking from the Arctic permafrost and a report presented to the United Nations on Tuesday.” Ben Cubby wrote in his reports to Fairfax newspapers.

Climate Change might not lead to Beijing air the world over, but it will lead to an increasingly unpleasant place to live in. We might breathe easy in WA but we are no strangers to drought and floods, but their actual affects have little impact on city dwellers. As climate change worsens food crops will fail, human migration will increase as people are forced out of areas where it is simply unsustainable to live, and dramatic weather will have a profound and serious impact on everyday life no matter where you live.

This might seem a long way off sitting on Cottesloe beach watching the waves roll in as the sun sets, but it’s happening in other parts of the world, and it will likely reach us in our lifetimes.

When I visited China in 2008 I met a group of English expats who were in Beijing working on the carbon credit system. One of them said to me: “When China turns middle-class, that’s when the environment is really in trouble”.

I remember looking around at the forrest of apartment buildings with hundreds of air-conditioners attached and the monolithic malls selling gadgets and toys and thinking: surely it can’t be far off?

Now I shop in a supermarket where plastic Christmas trees were sold through December, pre-washed vegetables are packaged on polystyrene trays, covered in plastic and sold at a premium price. The freezers are full of ready-made meals and the upstairs market area sells fast fashion and plastic toys. Beijing introduced a license plate lottery system about a year ago to limit the number of cars on the road. If you want a car you have to enter the lottery, and if you “win” a plate you can buy a car, there are limited numbers of plates and demand far outstrips supply. In the meantime the streets are clogged with traffic and the air smells like exhaust fumes.

In Doha, China, along with other developing countries, argued that developed countries – Europe, Australia, North America – have already industrialised. They had their turn, it’s only fair those on the up, namely the booming BRICS nations, get their go and the environmental burden is shouldered by those who already have their fair share of 4x4s and salad spinners.

You can’t blame people for wanting to live like middle-class Australians. It’s simply not fair (or realistic) that the majority of the world will earn low wages in cramped factories that pollute their cities to churn out cut price clothes, toys and fondue sets so the West can go shopping and breathe easy while they do it. But people also cannot live in a place where the air is unbreathable, the water undrinkable and the food inedible. This is the situation in China today, and it would be foolish to think it cannot happen elsewhere.

The air may be muck in Beijing and pristine in Perth, but it’s a small world, and responsibility for it lies with us all.